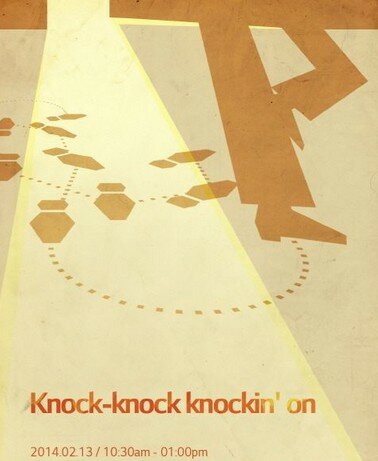 A week ago,  LG Mobile has officially confirmed the existence of LG G Pro 2, successor of LG Optimus G Pro, and it was expected to be unveiled at Mobile World Congress 2014. However, it looks LG Mobile might unveil it on February 13 at a launch event in Korea.

LG Mobile has sent invitations to an event at its headquarters, LG Twin Towers in Seoul on February 13. The invite has no specific details other than “Knock-Knock Knockin’ on” message, probably highlighting the Knock On feature in the LG ‘G Series’ of smartphones like LG G2. The invite also includes an image depicting the footsteps of someone dancing and event timing (2014.02.13, 10:30 AM to 01:00 PM Korean Time).

Though several rumors are floating all over internet on the hardware specifications and software features of LG G Pro 2, LG Mobile is yet to release any official statement on those. Hope LG G Pro 2 lives up to the expectations and continues the success of LG G2, the current flagship Android smartphone of LG.