Here are Android Fan Network’s Weekly App Picks from the AFN staff for the week of March 9. These may be apps we can’t live without or apps we just discovered. Either way, we think they are worth sharing with you. If there is an app that you think we may enjoy, send us a tip so we can take a look.

Three of my favorite things have been brought together: Lego, Star Wars, and Android! 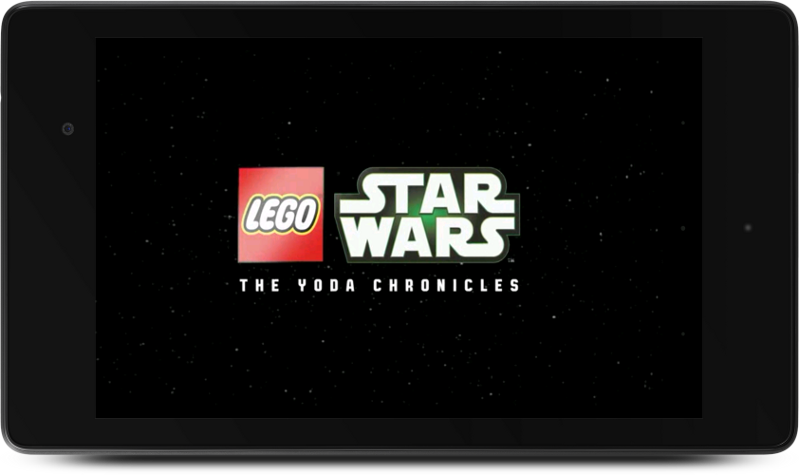 Choose to play as Yoda’s young Jedi following the Light Side of the Force, or go Dark Side and follow Count Dooku as a Sith. Regarless of your choice, you’ll get to explore the Star Wars universe, circa Episodes II and III, and play Lego while accomplishing your Master’s missions. There are fifteen unique levels set on Star Wars planets like Coruscant or Tatooine and even space battles. Each level has a slight twist to it depending if playing as a Jedi or Sith so you more or less have two sets of games and stories available. As you collect coins (that little one-dot round Lego), you are able to add vehicles and Battle Droids or Clone Soldiers to your entourage. Once missions are completed, an unlock code is provided to access special features of the game. The controls are easy, just tap in the direction you want to move and a tap on objects and adversaries to fire at them. While it was certainly more enjoyable on a tablet, this setup works fine on a phone. Like most games in the Lego series, gameplay leads to mini-clips of the story which sets the scene for the next mission. Overall, it was not too challenging, but also not easy enough that I lost interest. There is a game save system through a free Lego ID account so you can keep progress when switching between devices. If you love Lego, Star Wars, or even just a good Android game, you can’t go wrong with Lego Star Wars: The Yoda Chronicles which is available as a free download from Google Play.

This maybe an old app, but ES File Explorer is among the first of the non Google apps that I install on a fresh device. It has been around for ages and shows by being feature rich and user-friendly. The app itself started out a file manager, but is now sort of a do-it-all system management software suite. The core of the app is the file management system, which does exactly what it says it does, manages all your files and folders in a very efficient way. Be it local files or ones stored on a local server. I basically don’t need the USB cables anymore for the most part simply because this app lets me copy files from the Shared folders on my desktop over local WiFi. Other features such as root explorer and even an application manager seem to make this app perfect. Built in archive support for ZIP and RAR, and Cloud Storage integration are only just the beginning of what ES File Explorer can do for you.

Everything is so simple and well put together that you’d find it too simple at times. Want to share multiple files? Just hold on one file, a check box comes up on every file, mark all the needed file, hold on the screen and drag to the top left corner and you are good to go. All this makes ES Explorer one of the most used apps on my devices and I simply cannot even think of trying something else. Grab ES File Explorer as a free download on Google Play.

Our phones are capable of many things, but they cannot protect you from your dumb side. This includes sideloading questionable APK files and also having to try out every single Twitter client known to the universe before finally choosing one. Clean Master helps you with both of those issues in a very neat and tidy package.

Before anyone gets upset, Android is a safe OS. If you only use the Google Play Store, then odds are you will be completely safe. But a lot of Android owners will at some point sideload an APK file. Whether you are beta testing an app or simply being a scumbag who does not pay for apps, you are exposing your phone to possible malware. Clean Master helps protect you by scanning your existing apps and giving you real-time protection against malicious websites. Or, it simply offers you peace of mind if the big bad internet scares you. My favorite function of Clean Master is the ability to locate and clean random junk on your phone. If you have ever used a file manager and looked at your storage, you have probably seen lots of folders and you have no idea what they are. Clean Master not only tells you what app they belong to, but also whether they are safe to wipe or not. This feature alone is a great reason to pick up this app, all for the unbeatable price of free.

Head to the link below to see how much junk you can clean up off of your phone or tablet. Let me know if you beat us, I had over 600MB of random junk hiding on my Nexus 7 and Kevin had 1.74GB of junk on his Galaxy S4.

Disclaimer: Just because you use Clean Master or any other anti-virus/malware app, it does not mean you are free to do whatever so use your brain. And stop being cheap and support developers, if you like what they do, show them.