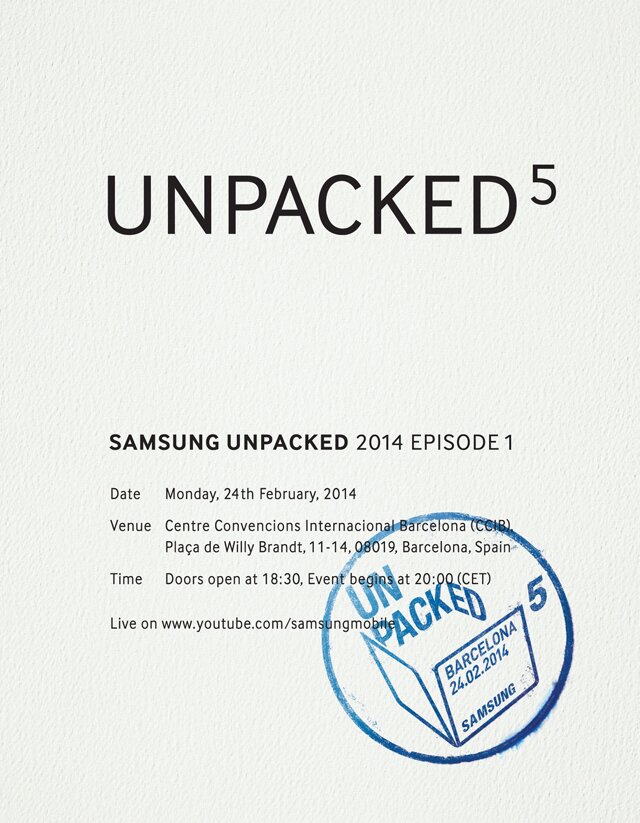 It’s time to get ready for the next big thing from Samsung Mobile.  Earlier today, through its social networking channels, Samsung Mobile has posted that they are holding an “UNPACKED 5” event on the 24th of this month at Mobile World Congress 2014.

Though the event notification does not show any other details on the device to be unveiled, Samsung could be unveiling the often rumored Galaxy S5, it’s next Android based flagship smartphone, as suggested by the naming convention of the event. The Samsung Galaxy S4 was launched a year back in a Unpacked event held at NYC with a tagline ‘READY 4 THE SHOW’, and around 20 million devices were sold just in 2 months after launch.

The event starts at 20:00 CET on 24th February 2014 with the doors opening 18:30. Mark the timing in your calendars, as the event can be watched live through Samsung Mobile’s YouTube channel.

Do you think Samsung will repeat the magic again with this new smartphone? Let us know in the comments section below this post.