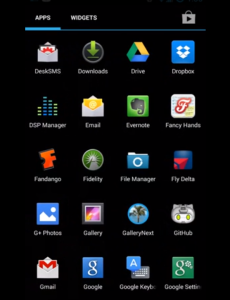 CyanogenMod’s Koushik Datta just posted a video of a new feature, Screen Recording is the next feature which is coming to CyanogenMod. This allows you to record your screen by pressing volume + power button when booted into Android. The feature will be very useful for reporting bugs to developers and also rom reviews and app reviews. Here is the video posted :-

An interesting thing to note in the video is the Gallery app being used, it’s called Gallery Next. Google search could not provide any results for an existing app by the name of Gallery Next and neither did we find it in the Play Store. Is Gallery Next a new Gallery app which CyanogenMod is working on?