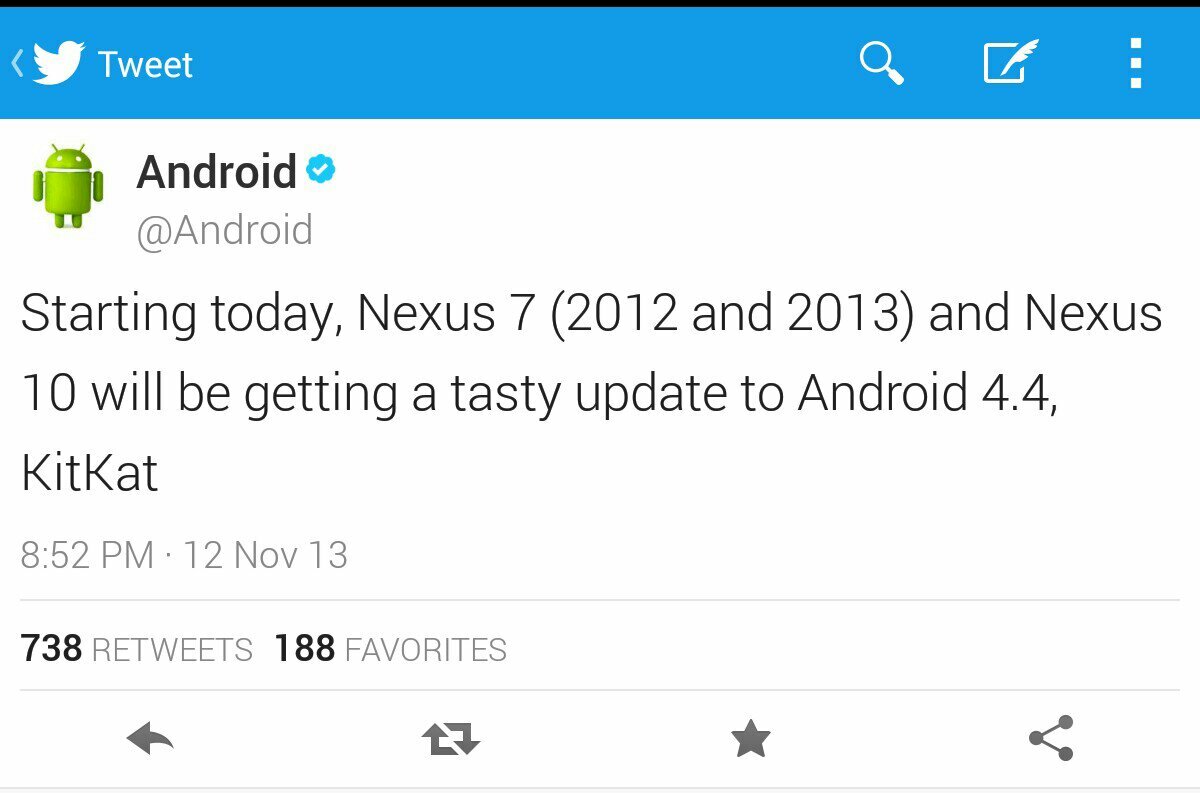 For those of you with either of the Nexus 7’s or Nexus 10 you’d better start mashing that “system updates” button through the next day or so because the three devices are receiving the 4.4 KitKat OTA update today.

So grab those Nexus 7’s and Nexus 10 and get ready for some KitKat deliciousness.