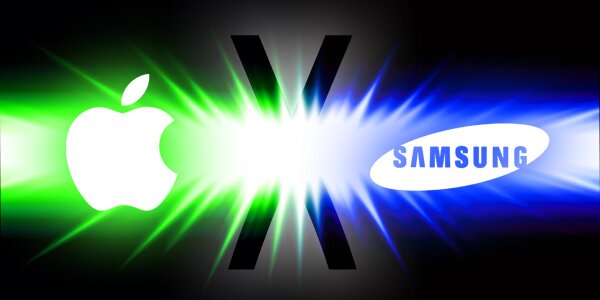 For those who may follow my mostly sparse writing, you’ll know that I very much enjoy playing devil’s advocate. It’s not about getting page views or clicks for me. Most people have a tendency to hop on a bandwagon and ride that sucker down the road with all of their friends. I prefer thinking critically about a controversial topic and forming my own thoughts and opinions about it. Avoiding fanboy-ism is my main goal in all cases.

Today’s topic is about the recent verdict in the Apple/Samsung case in which Apple was awarded substantially more mulah than Sammy in the end. I’ve been reading comments and reports all morning, and most Android fans are crying foul in one way or another. Why should Apple get so much in damages; I don’t think their phones look like iPhones at all! Well, guess what? It’s not up to you.

First off, if you haven’t heard the news yet, here’s a run down of it. Apple and Samsung have been in court for quite some time now. This recent judgement was over five Apple patents and two Samsung patents that each said the other infringed upon. Apple claimed that Samsung infringed on five of its patents this time around. The patents in question are listed below for easy reference.

This patent covers a function on your device which allows one app to open another one through a single click. An example would be clicking a phone number in a text message to dial that number in the dialer app.

This patent is for what we know as universal search. This is where you type a word or two into the search bar, and you get results for contacts, apps, and other things on your phone delivered in addition to regular web results. You don’t have to tell the search app to specifically search for a particular app or contact. It lists everything it finds for you.

This patent is for syncing data in the background. Anything is consuming data but isn’t being actively used or looked at as the foreground, opened app is using background data. An example of this is when you’re looking at a webpage in your mobile browser, and you get an e-mail notification in the status bar. The e-mail was synced to your phone in the background as background data.

This patent is Apple’s famous “slide to unlock” lockscreen, where a simple swipe across the screen unlocks the display for use.

This patent covers word suggestion and autocomplete technology. This is where your keyboard suggests to you how to spell a certain word, or predicts the next word you might type.

Samsung also had a pair of patents it was going after from Apple. Those are listed below, again for easy reference. The phones listed in this case were all iPhones up to and including the iPhone 5.

This patent covers streaming video files over a network to a remote device. Think of it as a mid-90s example of video calling over a cellular network or e-mailing/texting a cat video to your friends.

This patent covers organization techniques in the camera and photo gallery. It’s basically a sorting system for pictures which can show you the number of pictures and videos you have in the app.

Great, now you know what was being argued. What does this mean to you? It means it has nothing to do with which device looked like the other one. This was about technology patents. Period. The judge and jury were not in Apple’s pocket. They assessed damages based on the evidence presented.

Samsung got a small victory when Apple was found to have infringed patent #6,226,449 (photo sorting) on the iPhone 4 and 5.

Why is this a big deal now? It isn’t… at least not in the way a lot of Android and Apple fans are making it. The jury was asked to do a few things during their deliberations. They were supposed to figure out if each device on both sides infringed upon any of the patents brought forth, figure out damages for each device, then total it up. That’s exactly what they did over the three day deliberation process.

Judge Koh has shown herself to be more than fair in the trials so far on both sides. If you’re going to be a fanboy, at least look at all the facts on the table. This wasn’t a case to prove that someone had an easy to figure out patent. This wasn’t a case about how our patent system is broken, even though it is. This was a case about one company using ideas from another and making money on it. That’s all. Samsung used some of Apple’s ideas and made a phone with it. Apple used one of Samsung’s ideas and made a phone with it. It doesn’t matter who is on which side of the table or who has a record of being a bit of a troll in the patent world. It’s a single case, and it was handled fairly.

Samsung has to pay a higher amount because they infringed more patents with more devices. That’s why the numbers favor Apple. The judge didn’t rule that Samsung should pay that amount because she wants Apple to invent the phablet next year. She ordered it because that’s what the law states it should be. Yes, the laws need to change, but that isn’t the point. The point is that getting all bent out of shape over something like this is not the best way to represent your camp.You end up making yourself and your team (Edward) look like fools because you can’t keep it together for a few minutes.

Sure, I’m no big fan of Apple, but I’m also not a big Samsung fan either. Even if this was Sony (my current favorite OEM) battling Apple, I’m not going to lose my bananas over it. Look at the facts of this one case on its own. Apple owns some (to me) rather obvious patents, but the fact remains that they own them, so others need permission to use them. If you don’t have permission, you can’t use them. You can always try to invalidate them as being too obvious in court, but that’s a story for another time.

Just stay sane about this and the inevitable next case down the line. If you’re a Samsung fan, help them out by continuing to buy their devices. If you love Apple phones, then do the same. Just try not to go crazy the next time this happens, because we all know it will. Don’t forget that just because your smartphone OEM of choice is in the middle of this, it doesn’t mean they’re innocent just because you like them. Don’t be iSheep and Fandroids. Just be a reasonable tech enthusiast with an open mind. There’s plenty enough room for more than one ecosystem to exist.