Here our weekly Android app picks from the AFN staff for the week of April 13. These may be apps we can’t live without or apps we just discovered. Either way, we think they are worth sharing with you. If there is an app that you think we may enjoy, send us a tip so we can take a look.

Clash of the Clans – Dave 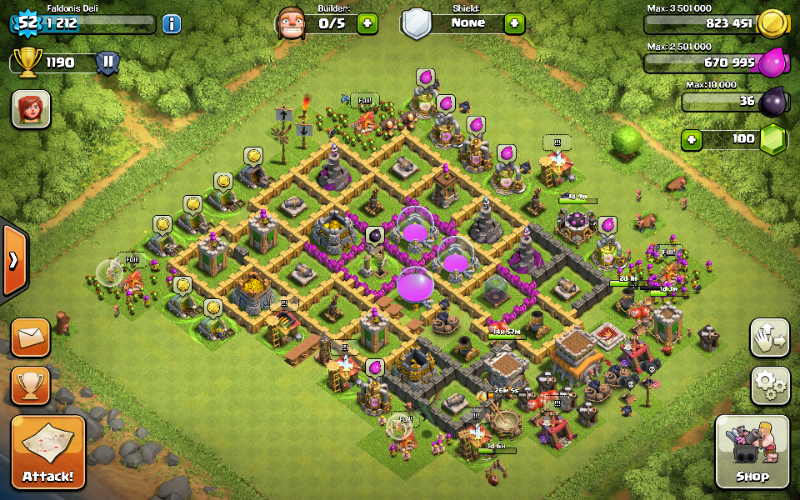 For anyone that has played and gotten completely sucked in to Clash of Clans, you know exactly what I’m about to say. For those of you that at have been living under a rock for the past few months and have no idea what Clash of Clans is, then stay away and ignore the download link on the bottom of the page.

The premise of Clash if Clans is basically a medieval Farmville on steroids that’s extremely addicting. It’s a game where you build your town with weapons, create troops to ambush other online players and also a mad hunt for gems, gold, elixir and dark elixir. It’s a time-consuming game that can sometimes take days before your able to make a move because you’re upgrading your equipment, weapons, troops, and everything else making you want to pull your medieval hair out.

The point and moral is you will see Clash of Clans in the top downloaded free games and top grossing games in the Google Play Store. If you value your money, time, and sanity then stay the hell away from this damn game. If none of the above are a factor in your life, then by all means down load this sucker and get your trophies up to 1000 and join the clan I’m in, Clannabis (clever name I know…  Even though I don’t partake).

Clash of the Clans is a free download, but is always in the top 3 for top grossing games because of that little thing called “in app purchases.” By the way, I haven’t spent $200 on this dumb game if anyone was thinking that since. It can also be a fun game that doesn’t cost you a dime if you have plenty of patience and time. You can check your town once or twice a day and slowly build it up to a town to be reckoned with. Or play like me with zero patience and spend your hard-earned money like a maniac. Either way, hit the link below to take Clash of Clans for a spin. Don’t blame me when your checking account is in the negative. I just told you about this monster. Again, I warned you!

Flop Rocket by Butterscotch Shenanigans is yet another game to mindlessly lose yourself in. It is part of their speed sessions where they make a game in 10 hours. You are a test pilot for a very underfunded space program. The only launch pad they could afford is underground in a cave full of space ducks and huge rockworms, not to mention all the stalactites and stalagmites. Object of the game is not unlike Flappy Bird, except in this, instead of only a one tap game, this you have to control the thrust on the right side of the screen while also changing your direction by sliding your left finger along the left side to control your angle and direction.

Along the way you collect BS coins to upgrade your ships attributes such as thrust, fuel and agility. To say this game is highly addictive is an understatement. It’s mind bogglingly addictive and very frustrating as well. There is a 1000 meter dash challenge, but I have yet to get past 200 meters. In game purchases are available and as always, any purchase removes ads forever. Highly recommended, but set aside some time to play and make sure nothing breakable is around you