Here are Android Fan Network’s Weekly App Picks from the AFN staff for the week of March 30. These may be apps we can’t live without or apps we just discovered. Either way, we think they are worth sharing with you. If there is an app that you think we may enjoy, send us a tip so we can take a look.

Into the Dead – Kevin

Into the Dead is an original twist on the endless running genre. The story goes that your helicopter has crashed in a field of zombies so, to escape and survive, you need to run. Controls can be set to tilt and tap to fire, tapping on the left or right edges and center to fire, or sliding. If screen controls are not your thing, it is also Moga compatible. Tilting worked well enough, tapping or sliding occasionally fired the weapon when my thumb wandered out of the control area. After the first solo run, canine companions and weapon crates are introduced to help you clear out the zombies in your path. 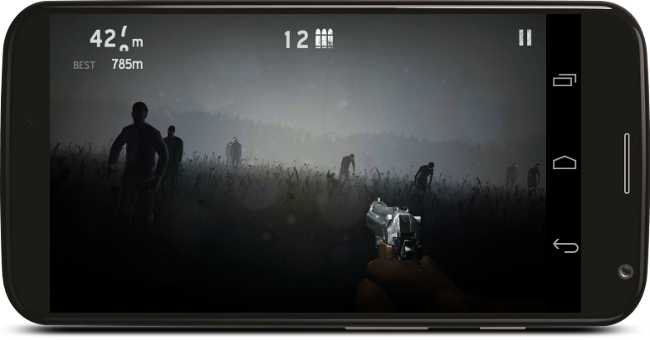 While Into the Dead is a free download, upgrades need coins from completing missions or in-app purchases. The prompts to upgrade are everywhere, almost to the point of annoying. Ads are fairly light, but there are several ads or link you can intentionally go through to earn coins. Once you have coins built up, you may use them for adding zombie packs, unlocking weapons, skipping missions, or getting different canines to help you on the run. Being an Android app, I would have expected the developer to use Google Play Games for ranking, but instead went with Facebook integration. Challenging gameplay and good graphics on both phone and tablet make up for this and the upgrade nags. You can check out Into the Dead on Google Play.

Silence Premium offers something that some phone manufacturers overlook, the ability to set up scheduled do not disturb times. Sure, Samsung, HTC and Motorola offer their own do not disturb mode, but other phones simply do not have the feature (Nexus family) or have implemented it poorly (Sony). Silence Premium compares closely to Motorola’s Moto Assist from their newest phone line. Silence Premium not only lets you set up a scheduled quiet time, but it also will silence your phone according to your calendar. So you can set up a quiet time of 11PM to 7AM daily, and have the app scan your upcoming appointments to trigger quiet times.

Silence Premium also takes it one step further, allowing you to choose exceptions to the rule. You can allow certain contacts or calling scenarios through, such as two calls from the same number in five minutes, regardless of the time. You can also set up automatic text replies notifying the caller that you are away or sleeping.

This app allows me to not have to remember to silence my phone before bed, something I am sure we have all forgotten to do before. It comes in a free trial version called Do Not Disturb so you can give it a try before buying. When your trial runs out, you can grab the full version of Silence Premium for $2.50 at the link below.