Fun little tidbit. Last night at the Oscars, the very popular Ellen DeGeneres tweeted a star studded selfie that is now officially the most retweeted selfie in Twitter history, beating out Barack Obama and his wife’s “Four more years” photo.

If only Bradley’s arm was longer. Best photo ever. #oscars pic.twitter.com/C9U5NOtGap

Not Android news right? Wrong! Take a good looky at the phone they’re using for the super star studded selfie. 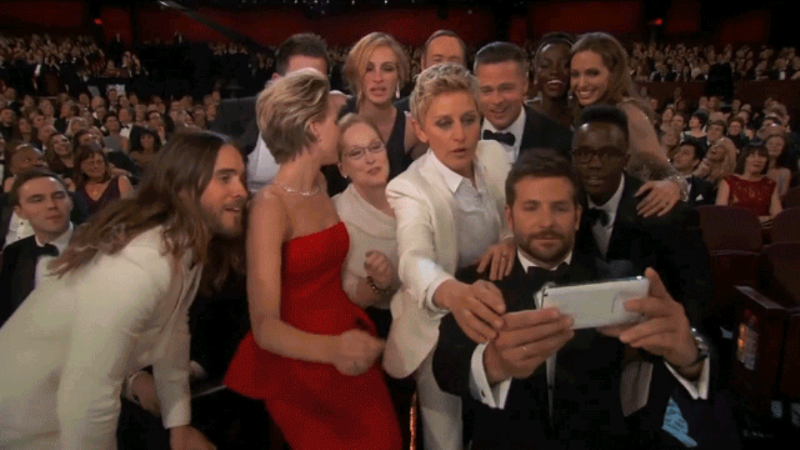 Yup! That’s the Samsung Galaxy Note 3 folks! If that were an iPhone, it certainly would have NEVER gotten that many retweets as they would have been holding it wrong.