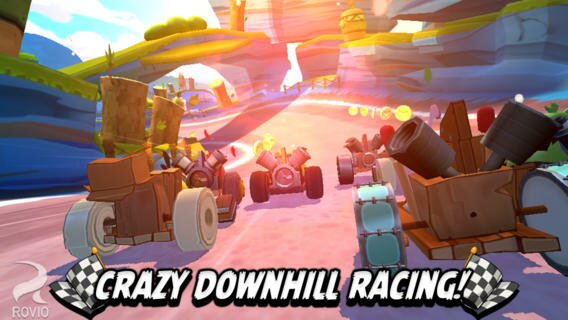 Rovio, the organization behind the Angry Birds series of games has denied the allegations on providing the user data to the NSA. In a statement released to press yesterday, Rovio claims that they does not share any data with any of government spy agencies anywhere in the world including NSA or GCHQ.

Rovio says it might be third-party advertising networks used by millions of commercial websites worldwide that shared the data with spy agencies and re-consider the partnership with those networks if it turns out to be a true thing and does not allow any third-party to capture the user data through their games.

“Our fans’ trust is the most important thing for us and we take privacy extremely seriously. We do not collaborate, collude, or share data with spy agencies anywhere in the world. In order to protect our end users, we will, like all other companies using third-party advertising networks, have to re-evaluate working with these networks if they are being used for spying purposes.”

Third-party advertisers sharing you personal data is not new. It is common practice for companies that collect user information to not only use it internally to target ads to you but also sell it to consumer goods manufacturers and firms who use it to better market their products and gain a competitive edge. Given the wealth of aggregate and personal data collected online and readily available, it is not surprising that the NSA would view this as a resource.

You can find the complete response by Rovio on these allegations here. Let us know in the comments what you think.