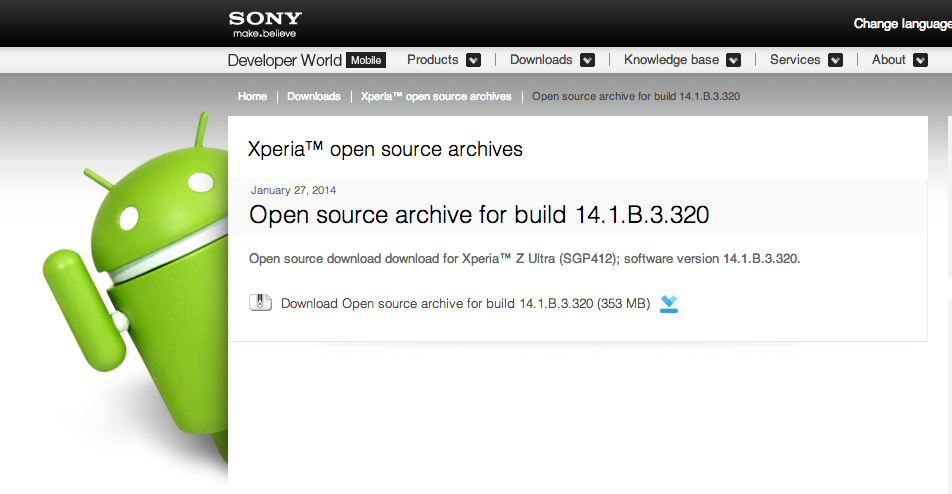 Today Sony announced that they have released the open source code for their two flagship devices, the Xperia Z Ultra and the Xperia Z1.

Sony has not traditionally been a presence lately in the mobile market in the US, but they have been working hard to get attention in 2014. First Sony released the Xperia Ultra Google Play Edition, then last week they released the Xperia Z1S for T-Mobile, both of which are great phones. The Z Ultra is a very large but very capable device and the Xperia Z1S is the T-Mobile version of the Xperia Z1. These are flagship devices that pack the latest and greatest specs into a water and dust proof body. If you have not already, they are worth a look as your next device.