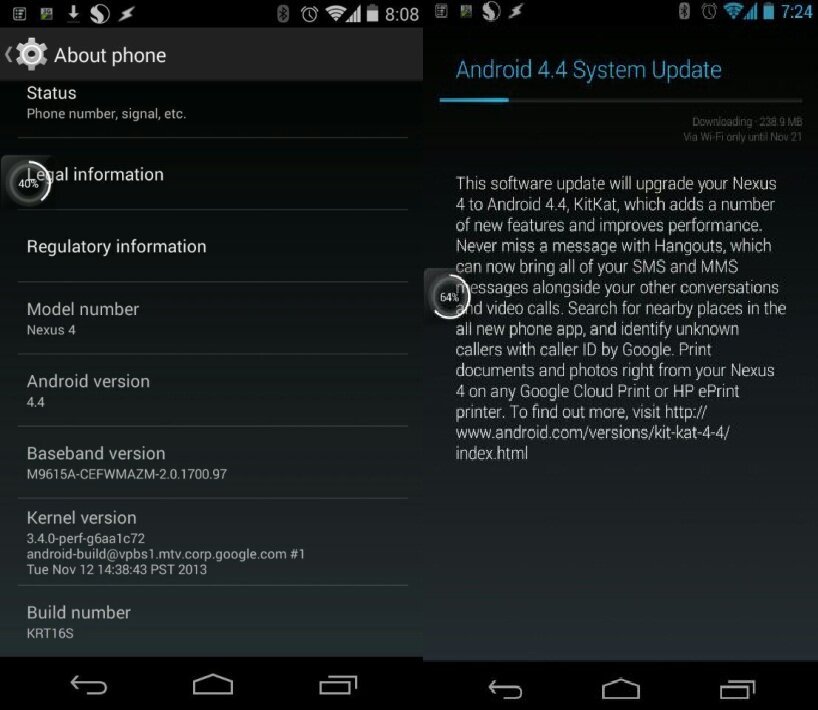 Android 4.4 update rolling out to Nexus 4

It’s time to tap the update button on your Nexus 4 as Android 4.4 KitKat is now rolling out as an OTA update.

The update is about 238 MB in size and the build number is KRT16S, slightly newer than KRT16O. This suggests that Google has sorted out some bugs in KitKat and pushing a new build to Nexus 4. 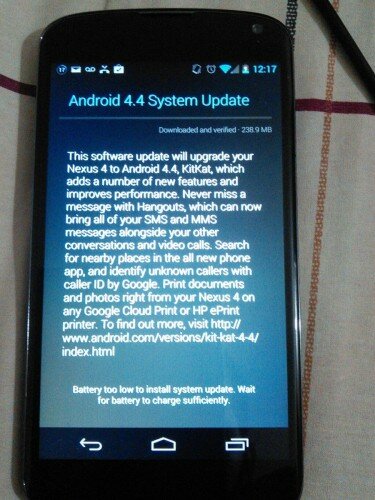 Nexus 4 getting Android 4.4 KitKat update after Moto X on Verizon, a non Nexus device might be surprising, but it’s always a good thing to get a stable bug-free build.