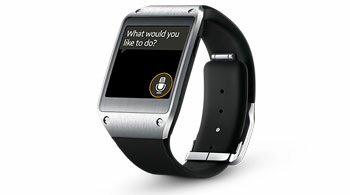 Samsung announced they have shipped over 800,000 Galaxy Gear smartwatches today. This comes one day after several rumors of sales numbers as low as 50,000 units and previous reports of high return rates for Best Buy.

The Galaxy Gear has now been on the market for two months and was greeted with mixed reviews due to the high $299 price tag, only being compatible with the Samsung Galaxy Note 3 at launch and limited app support. Samsung has since released updates to allow compatibility with more phones and also released a software update for the Galaxy Gear to support more apps.

During its announcement, Samsung claimed that they have exceeded their own sales expectations and that they are going to start sales promotions leading into the holiday season. Samsung also stated that they will provide further updates to increase devices that work with the Galaxy Gear.

It is common for manufacturers to use the number of items shipped instead of the items sold, but it is misleading due to the fact it hides the truth. 700,000 of those units could be sitting in a box store warehouse somewhere. That is a far cry from being on 800,000 wrists. This also helps Samsung make the product seem like it is in higher demand than it actually is.

Personally, I love the idea of a smartwatch and cannot wait to get me hands on one. But $300 is a little steep for me to spend on a watch that has limited app support. At what price would you jump on the Galaxy Gear? Chime in below in the comments or hit us up on our Google+ page and let us know how much you would be willing to spend.