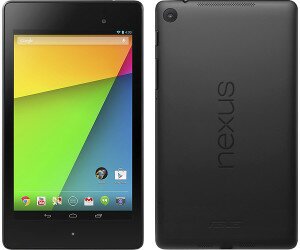 The second generation Nexus 7 LTE is now available for preorder at Excaliber PC. Model number is shown as the NEXUS7 ASUS-2B32-4G and priced at $349.

Also listed on the site are detailed specifications for the slate and LTE radio band listing matching the earlier FCC filing for the ASUS K009 tablet with North American bands. In the notes, there are a second set of bands for Europe and Asia listed confirming they will be getting their own variant of the new Nexus 7 LTE.

With a preorder page up and a firm price listed the impending Nexus 7 LTE release date cannot be too far off.